Paulaner @ Raffles City Changning has opened its doors in mid-2017 becoming the new flagship outlet of the Paulaner Bräuhaus Shanghai brand. The outlet is ideally located next to Zhongshan Park in downtown Puxi with direct access to subway lines 2, 3 and 4. The restaurant specializes in Bavarian and international cuisine while serving our popular micro-brewed Paulaner beers.

The restaurant is located in a two-storied free standing building at Raffles City Changning. The building itself got rebuild after the historical Saint Mary’s Girls’ Middle School campus originated in the year 1923. The interior atmosphere combines modern yet simple design with touches of rustic, traditional furniture and décor.
Both floors are equipped with cozy semi private rooms inspired by Bavaria’s mountain chalets, suitable for personal get together and celebrations up to about 60 persons. The highlight of the second floor’s alpine-inspired cabin is a historical copper brew kettle, which was used to produce more than 6,000 brews before.

The comfy beer garden is offering space to lean back and relax during warmer days of the year.

As a key ingredient in the success of Paulaner @ Raffles City Changning the live entertainment attracts both local customers and expatriates. The evening begins with warm and easy listening to accompany a delicious dinner. As the night progresses, so does the spirit of the music, as the restaurant’s second Filipino band livens the place up with songs everyone can enjoy. 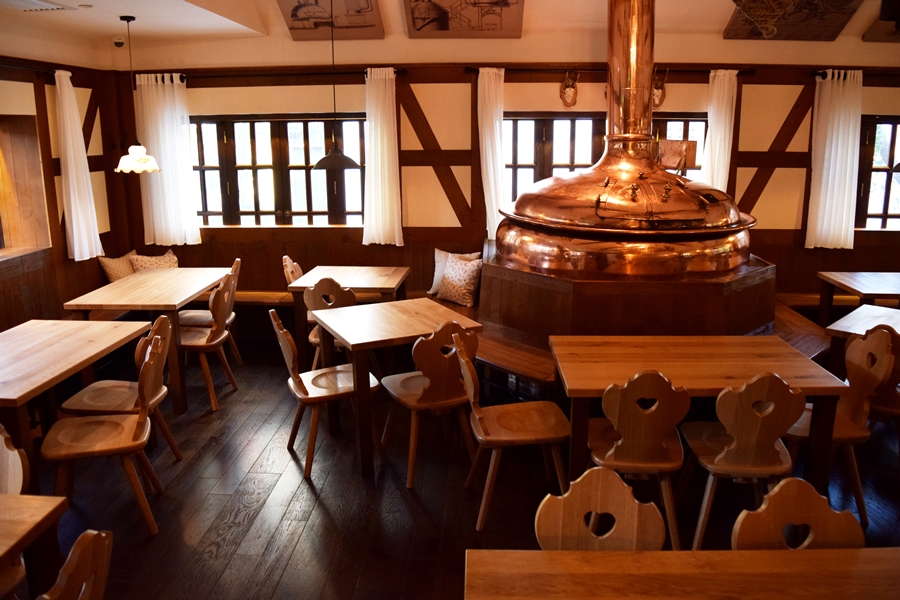