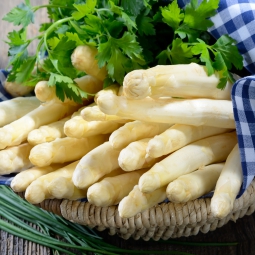 In Germany asparagus is a symbol of the spring season and celebration. During the Asparagus season from end of April into early Summer, the average German enjoys the delicate flavor of this tender spring vegetable several times a week. Asparagus goes well with meat and fish – or classic with ham, potatoes and sauce hollandaise.

From April 23rd 2018 onwards, all four restaurants of Paulaner Bräuhaus Shanghai will offer traditional white asparagus dishes, which can be chosen from a small a la carte selection as long as the season lasts.