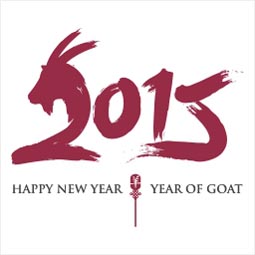 To have a great start into the new year of the sheep, Executive Chef Andreas Schmid will indulge you with a sumptuous four-course set menu especially created for family gatherings in addition to our regular offers.

This special set menu can be served for groups of two, three and four people and is priced at RMB 888 for two, RMB 1,288 for three and RMB 1,688 for four respectively.

Because of the holidays we will change the opening hours as following: